There are at least 93 million children with disabilities in the world, but numbers could be much higher (WHO, 2016).

Children with disabilities face many barriers, including exclusion in society, discrimination with regard to negative attitudes, lack of adequate policies and legislation, right to healthcare, education, as well as survival. These barriers lead to a lesser likelihood to attend school, access medical services, or have their voices heard in society. They are also often likely to be among the poorest members of the population.

Concerning aforementioned issues, public awareness is one of important tools to educate society. Thus, the Indonesian Association of Physical Medicine and Rehabilitation-West Java Branch (PERDOSRI-JABAR) initiated to hold a program on the International Day of Persons with Disabilities which aimed to raise people’s awareness on the understanding of disability issues and mobilize support for the dignity, rights and well-being of persons with disabilities. It also seeks to increase awareness of gains to be derived from the integration of persons with disabilities in every aspect of political, social, economic and cultural life, particularly in children.

The program was held on Sunday, 4 December 2016. It was in collaboration with the Government District of Bandung (the Capital city of West Java, Indonesia) and Government Social Service. The program consisted of Yoga with disabled children, a talkshow about Yoga for children, a Cabaret show, and early detection of disability in children by Physiatrists. 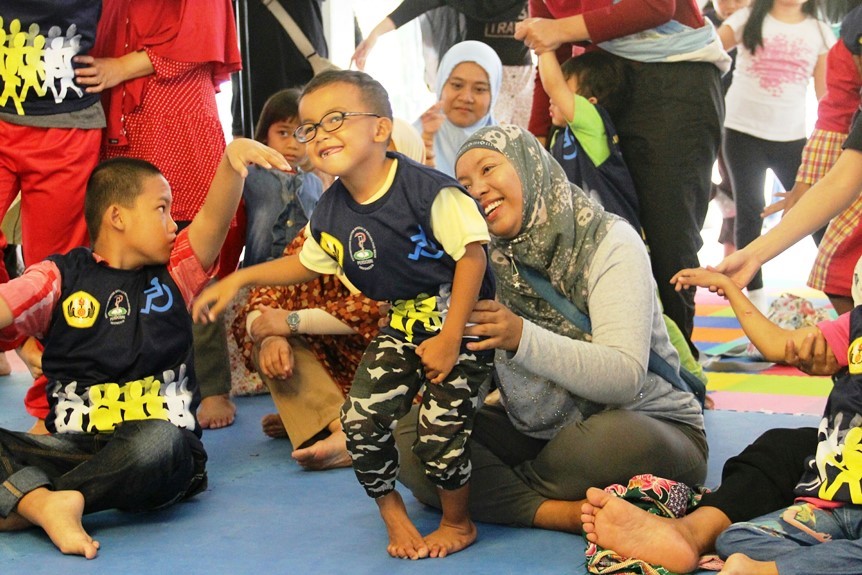 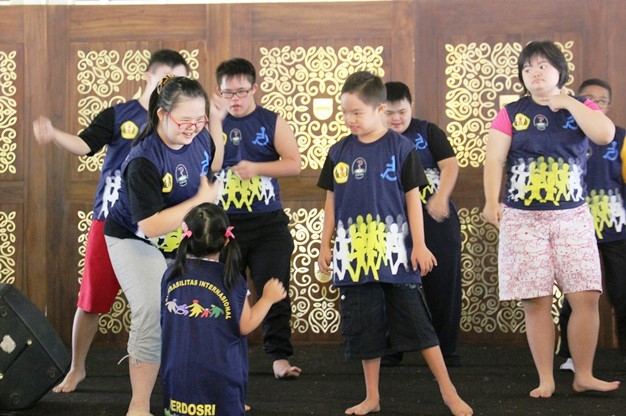 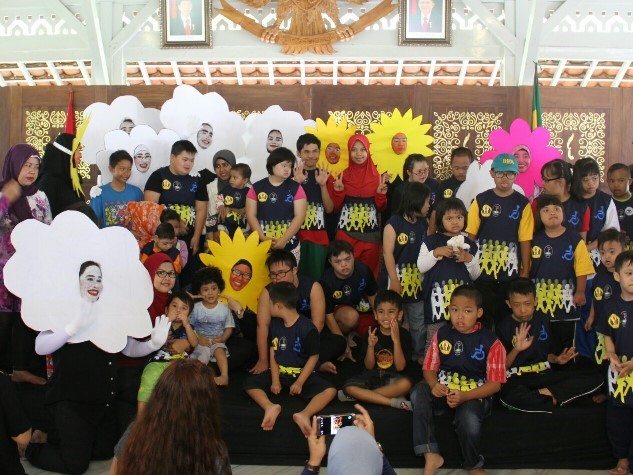 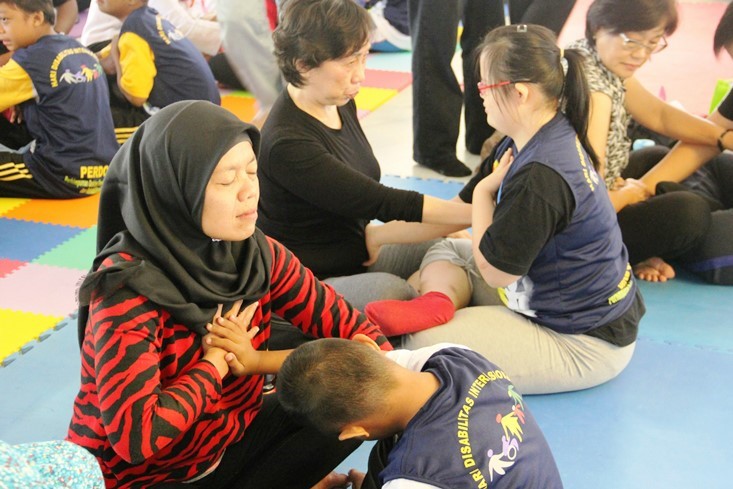 Why did we choose Yoga?

Because Yoga can be practiced by anyone, anywhere and has been known to improve health related quality of life. Additionally, in this program yoga was done in a large number of participants (children with disabilities and their parents) which gave more values due to appropriate effort based on balance and harmony among participants. Inclusion of parents in this program, will not only improve their concentration, poses, learn to act or react to situations, improve constant self-discovery and inquisitiveness., but also can improve relation between parents and their children.
It was attended by 70 children with disabilities (mostly cerebral palsy and down syndrome), 30 public participants (including from NGOs, private sector), and 30 members of PERDOSRI-JABAR.
We hoped that by doing this event, it could help children with disabilities to cultivate the experience of that union, leading to greater integration of being, internal peacefulness, and clarity of the mind. Also, cultivate health and happiness, and a greater sense of self-awareness and higher consciousness. Furthermore, public awareness will be improved, due to public participation. 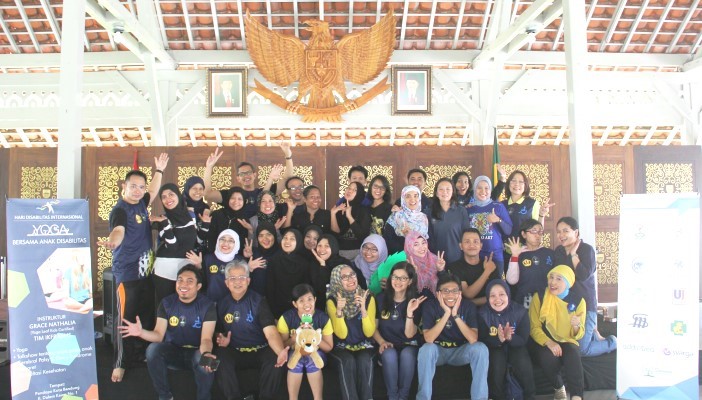