The Colombian Association of Physical Medicine and Rehabilitation (#ACMFR) took again the lead regards their educational commitments. They had already done it with the 4th International Congress and XXIX National Congress of Physical Medicine and Rehabilitation held in Santa Marta, Colombia from August 16 to 18th 2018. It was such a great event with 614 participants, 10 countries from Latin America, plus Portugal, Switzerland and United States. There were over 80 lecturers, 10 workshops, and several proposals on important but relegated topics such Functional Movement and Biomechanics, Disability, Independence and Sexuality on people with spinal cord injury. 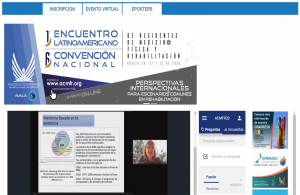 Snapshot of the 6th Convention and 1st Latin American Meeting of residents. A great event, carried out virtually. First time in Colombia. 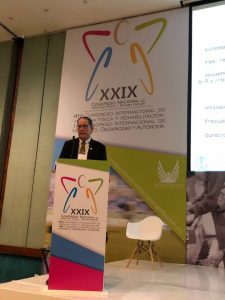 However, Dr. Enrique Estevez as the President of the Colombian National Society alongside Dr. Javier Delgado as the ISPRM Ambassador carried out a virtual event of great magnitude for our colleagues in Latin America, an event sponsored by #AMLAR that gathered more than 600 PM&R Residents and Physiatrist., the 6th Convention and 1st Latin American Meeting of residents, an event of high academic quality, which gathered for three days about 600 residents and Physiatrists from Colombia and 12 other countries of the region from August 20th to 22nd, 2020.

ACMFR gave us a great example of leadership and motivation to keep with our educational progress. Thanks Colombia. See you next year for your National Congress and see you at Cartagena on June 2023 for the #ISPRM2023 Congress.

Check out at https://www.congresomedicinafisicayrehabilitacion.org, what else Colombia is preparing for future PM&R events.